The origin of the name "Cardoux"

Cardou'x origins date back to Richard the Lionheart, who was Duke of Aquitaine before axcending to the English throne;

He spent the majority of his life there, trying to ensure the sustainability of the Plantagenets mainland.

The etymology of the word "ardoux" would also come from the word "carder", derived from "thistle".

In fact, the shepherds of yesteryear, before using the carding comb, rubbed the fleeces with bouquets of thistles in order to obtain a more supple and clean wool. 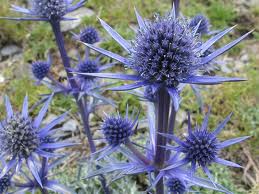 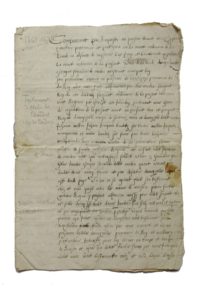 Testament of Hélie de Beaudet 1569-1573 - married to Marguerite de Saint-Ours. This document is drawn up by Cyprien Gauffier, "attorney and practitioner in the ordinary court of La Linde".

He bequeaths the land and the castle of Cardoux. 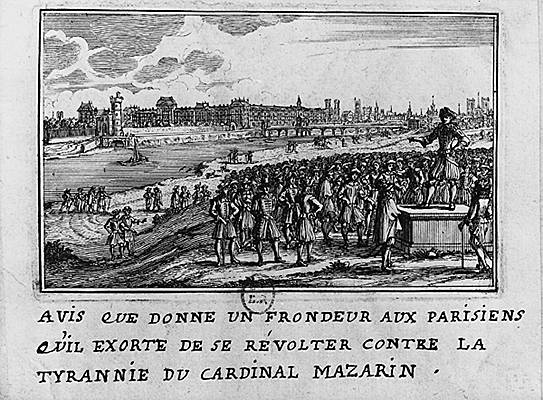 The Château was a den that sheltered supporters of the sling. 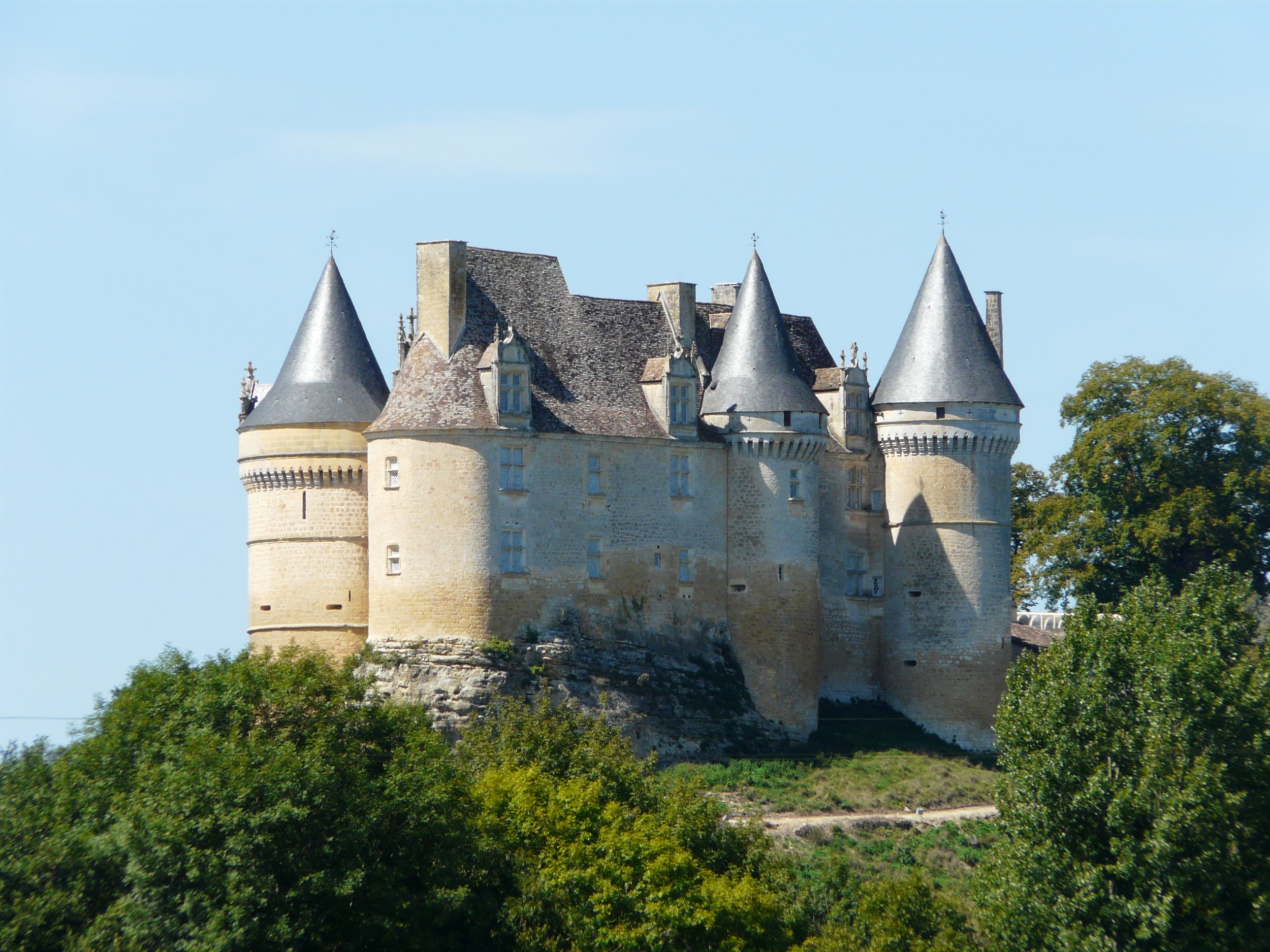 This "noble hideout" was probably a protection associated with the nearby Bannes and Badefols sur Dordogne castles.

A DYNASTY OF MASTERS OF FORGES

Before 1734 and their arrival in Cardoux, we find the Saint-Exupéry Masters of forges at Fleurac, Rouffignac, Plazac in Dordogne. The writing of the name could vary: St-Supéry or Saint-Exupéry. Here, in a case of production and delivery to Bordeaux of cannons and cannonballs from the Forge Neuve, where we expected water ... 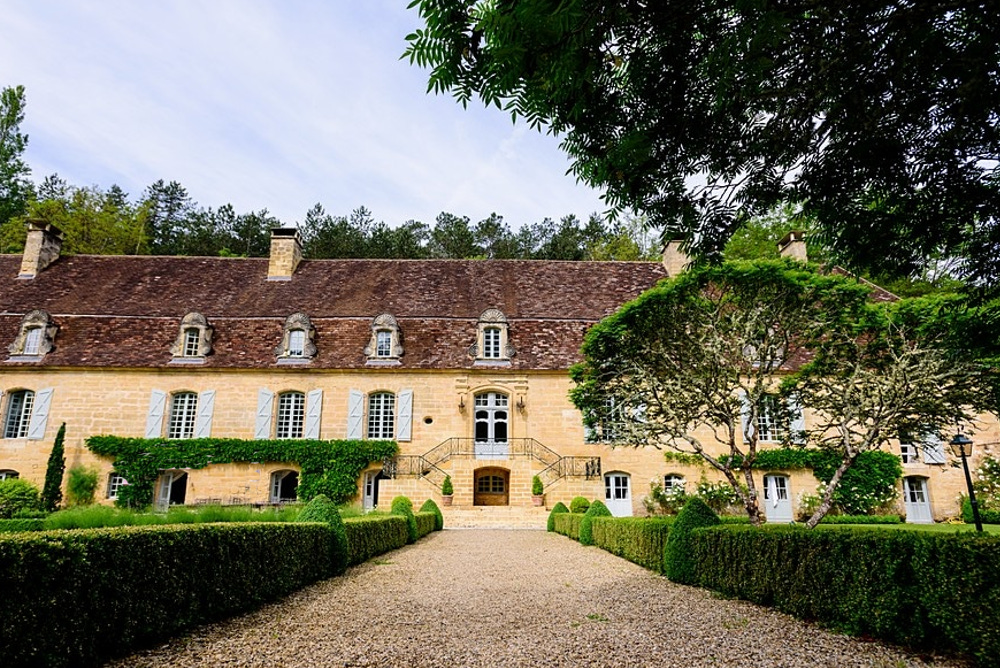 La forge Neuve in Mauzens and Miremont is one of the old forges of the Saint-Exupery family,

on the Seigneurery of Rouffignac 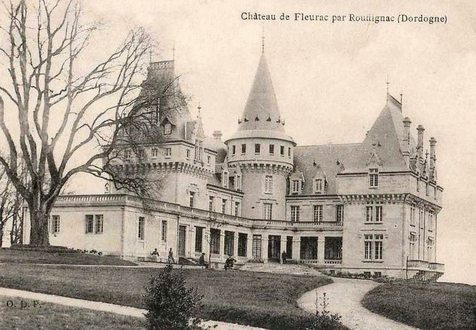 Château de Fleurac in the Dordogne

A HOUSE PASSED ON BY MARRIAGE IN 1734 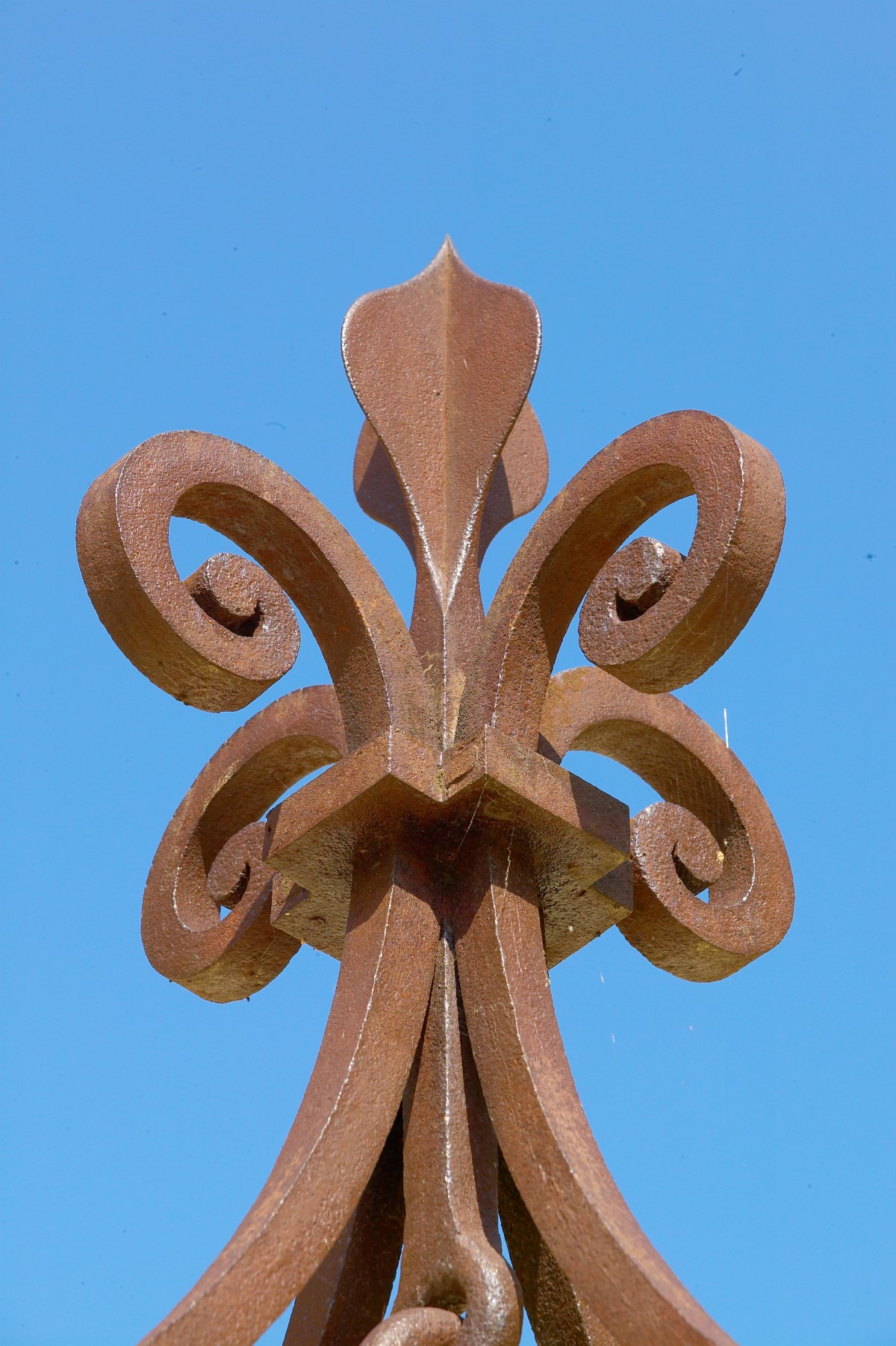 Detail of the courtyard well 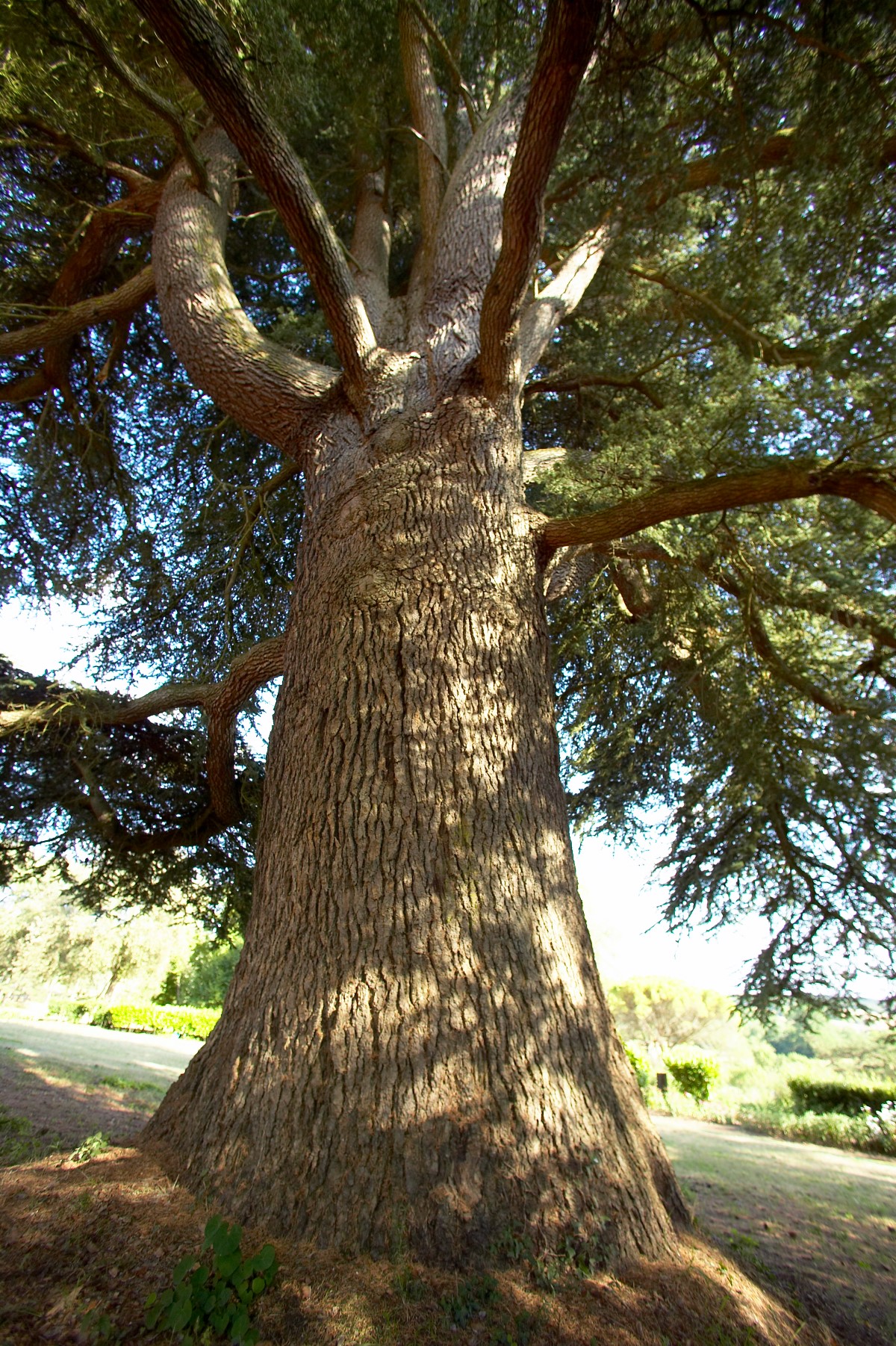 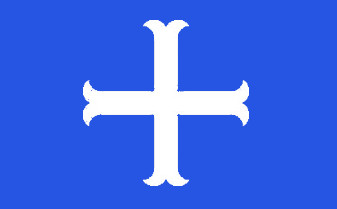 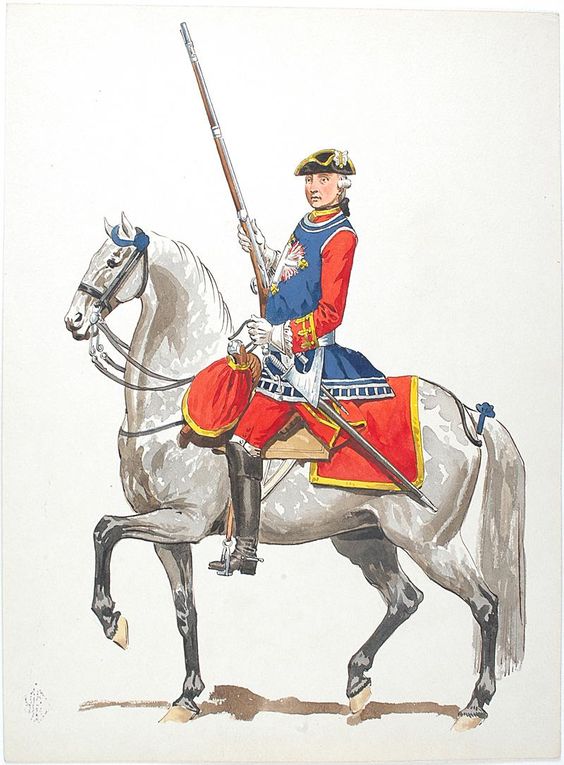 Etienne-Jacques and Suzanne had 6 children including the eldest, Jean-Balthazar de Saint-Exupéry (1736-1806), King's musketeer in the first company. He was just like his father, Lieutenant of the marshals of France in Bergerac. 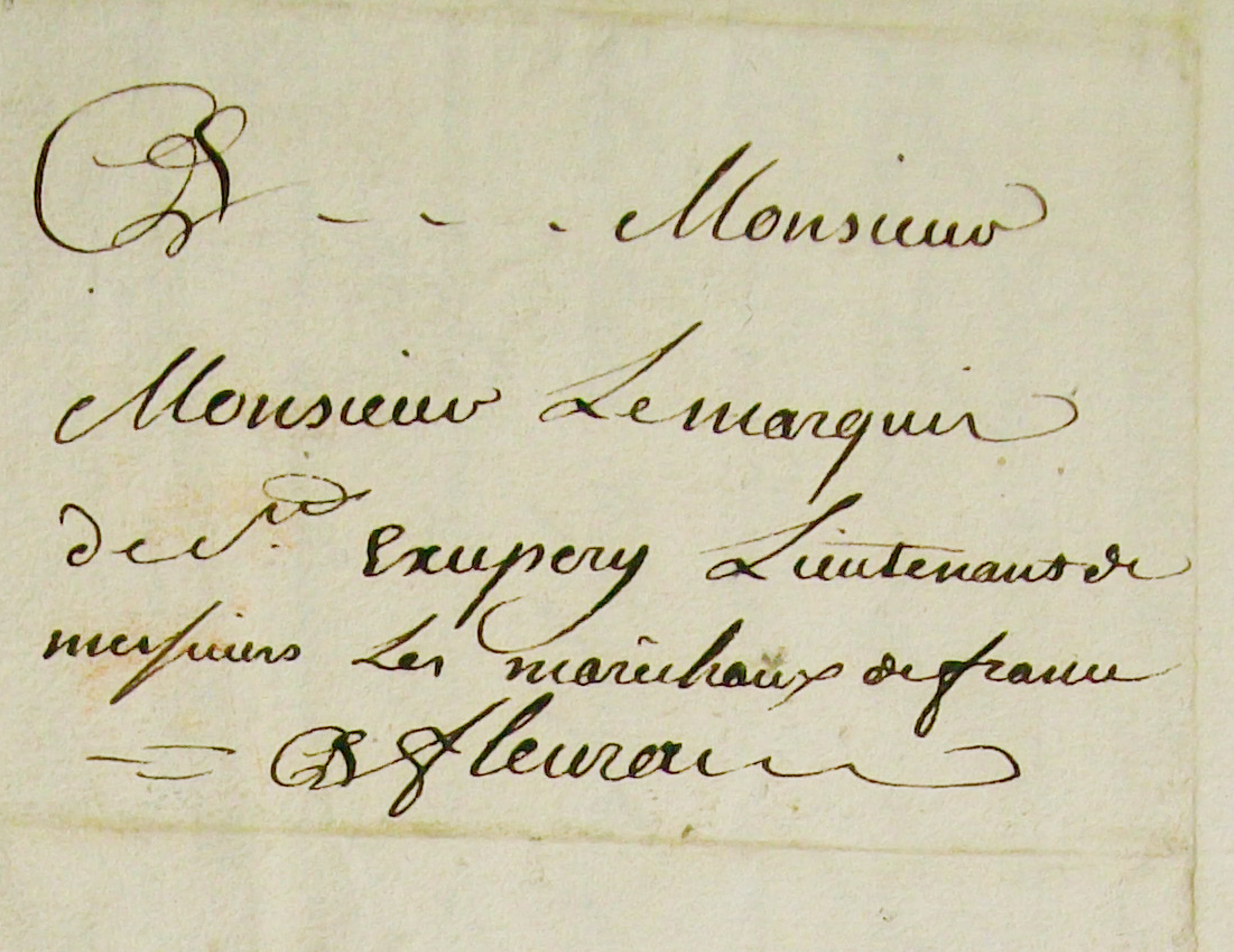 A KNIGHT OF MALTA, DEATH IN THE BATTLE OF THE NILE

To the next generation, Marc-Antoine de Saint-Exupéry born in 1775, became Knight of the minority of Malta, but was released from his wishes because of the events of the Revolution. 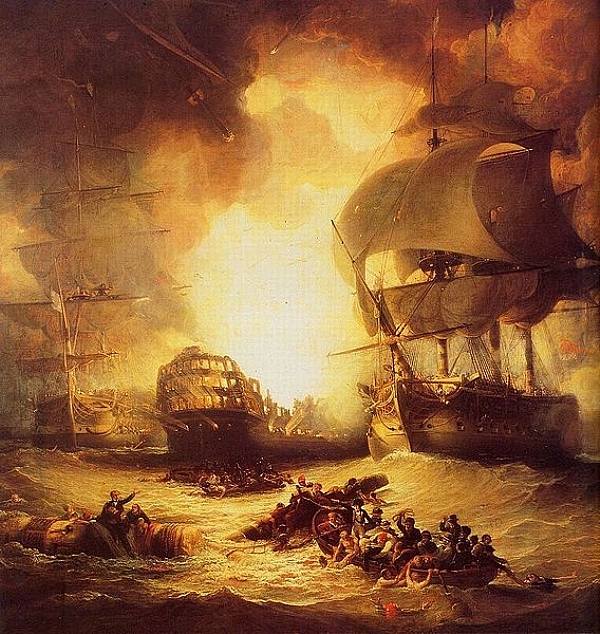 The destruction of the "Orient"

during the Battle of the Nile

... he then became an officer in the French navy and tragically died on board the flagship Orient (118 guns, 1st rank ship), during the naval battle of Aboukir on August 1st, 1798 (also called the battle of the Nile).

Know more about this event
The Battle of Aboukir (also known as the Battle of the Nile in English or معركة أبي قير البحرية in Arabic) was an important naval battle between the British and French fleets in Aboukir Bay, near Alexandria in Egypt between the 1st and August 2, 1798. Napoleon Bonaparte wanted to invade Egypt in order to threaten the British possessions in India and obtain the exit of the United Kingdom from the Second Coalition. Bonaparte's fleet heading for Egypt was chased by the British fleet led by Admiral Horatio Nelson. For more than two months, Nelson chased the French and narrowly missed them on several occasions. Bonaparte was aware of the British threat and he applied absolute secrecy to his destination. He was able to capture Malta and land in Egypt without being intercepted by Nelson. Once the army landed, the French fleet dropped anchor on July 27 in Aboukir Bay, 32 km north of Alexandria and deployed on a formation which, according to its commander, Vice-Admiral François Paul de Brueys d'Aigalliers, represented a formidable defensive position. When Nelson arrived on August 1, he discovered the French formation and immediately launched an attack. During the approach, the British fleet split up and one part passed between the French ships and the coast while the other opened fire from the open sea. Trapped by cross-fire, the French avant-garde ships had to capitulate after three hours of fierce combat, while the center was able to repel the first British attack. Nevertheless, it was again attacked by the British who had received reinforcements and, at 10 p.m., the French flagship the Orient exploded. With the death of Brueys, the vanguard and the center destroyed, the rearguard of the French fleet tried to escape but only two line vessels and two frigates succeeded, out of a total of 17 vessels engaged. The battle overturned the strategic situation in the Mediterranean and it enabled the Royal Navy to obtain a dominant position which it maintained until the end of the war. She also encouraged other European countries to join the Second Coalition against France. The French army isolated in Egypt tried to advance in Palestine but it was pushed back during the siege of Saint-Jean-d'Acre in 1799 and Bonaparte returned to France. Nelson, who had been wounded during the battle, became a hero in Europe and was knighted Viscount Nelson. The battle remained alive in the collective unconscious, at least British, and it was mentioned in the famous poem of 1826 Casabianca by Felicia Hemans. 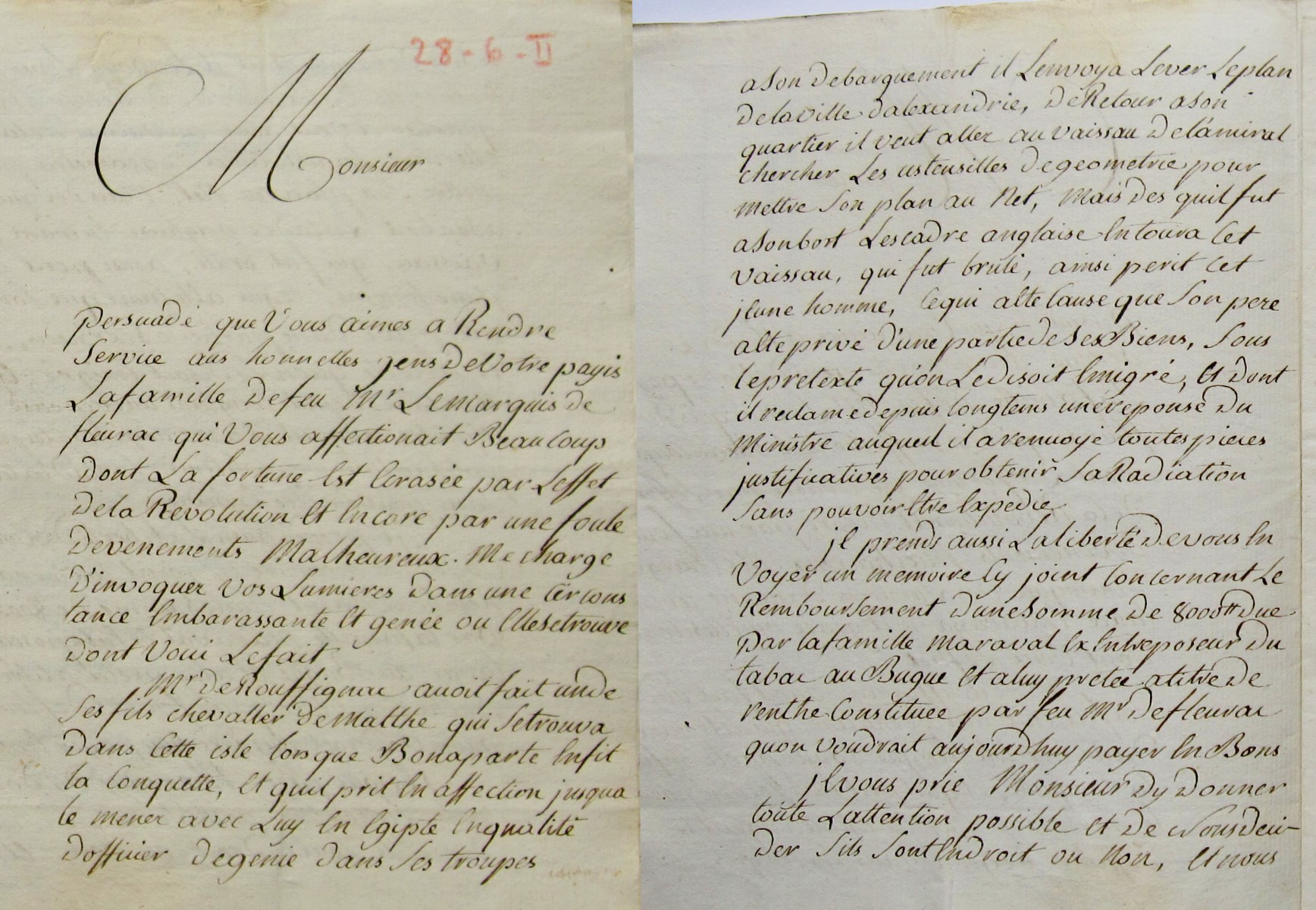 Disappeared during this terrible battle, waged by Napoleon Bonaparte against the English, Marc-Antoine was wrongly considered as an emigrant.

A procedure was initiated to restore his honor and memory, in order to avoid the confiscation of his property for the benefit of national property, when he had already given his life for France.

"They made me keeper of their house" 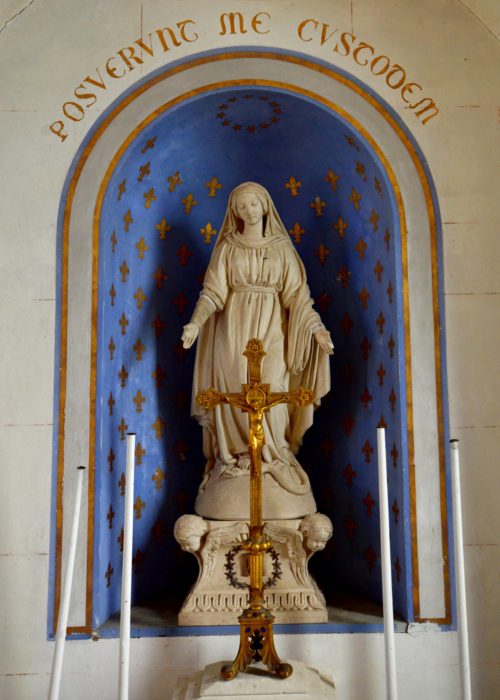 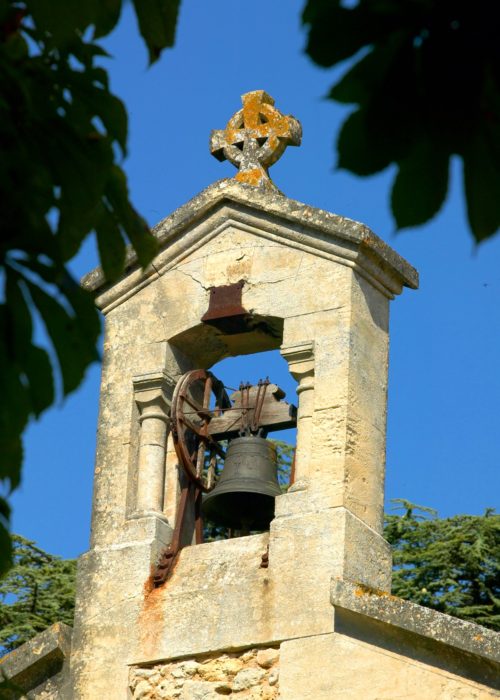 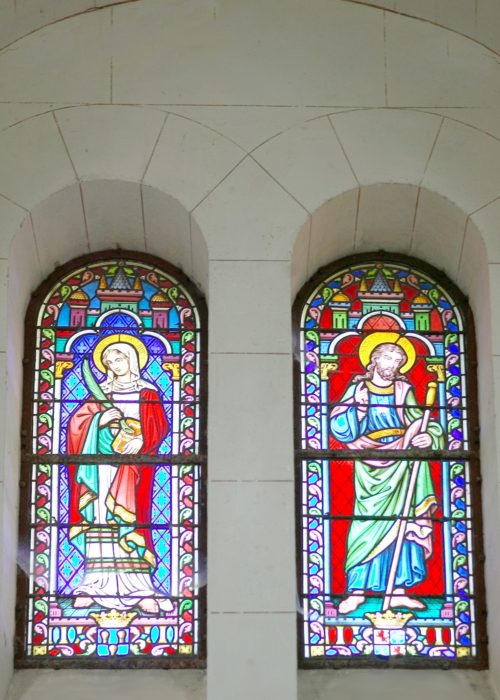 Construction of the chapel began in 1852, on the fondations of an older chapel. It is the work of the architect Vauthier, to whom we also owe the church of Lalinde. On May 28th, 1856, it was the first private chapel in the Dordogne to be dedicated to the Immaculate Conception (1854).

The Bell was melted by the house of Ernest Bollée in 1855. It is baptized under the name of : "Mary conceived without sin".

En savoir plus sur l'architecte Vauthier
The Chapel of Cardoux is the work of the architect Vauthier, who leaves his name and important traces in the regional heritage. His subsequent achievements in the region are protected as historic monuments - Lalinde Canal (aqueduct of the port of Lanquais) 1838 - Digging of a Dordogne diversion canal decided in 1837; plans entrusted to engineer Vauthier; works awarded to contractors from Bordeaux. Work started in 1838, canal opened in 1844. Canal used until the Second World War despite competition from the railway from 1879. State property, but concession to an inter-municipal syndicate which operates and maintenance. Aqueduct of the port of Lanquais (cad. AK 18): registration by decree of September 11, 1996 - Lalinde Canal (Borie-Basse lock) Lock of the whole Borie-Basse, including the overflow and the communication aqueduct which follows it and the facades and roofs of the lock house (cad. AK 23, 25): registration by decree of September 11, 1996 Vauthier was the Inspector of Diocesan Buildings in Périgueux from 1852. He had prepared work on archaeological observations on the cathedral site, which was unfinished (F19 7237). Reynaud wrote about it in 1853 (staff report): Mr. Vauthier studied architecture in Paris; he is a pupil of Mr. Gauthier and Mr. Abadie assures that he has all the necessary instruction to fulfill the functions of diocesan architect in ordinary circumstances. M. Vauthier appeared to me to be an active man, intelligent, and in very suitable manners; its work is perfectly carried out; his attachments are kept with great order and his accounts are arranged so as to be constantly up to date. His salary had been fixed at 1,000 francs. on the table that was submitted to you a few months ago; but I believe that, having regard to the importance of the work directed by M. Vauthier and in order to recognize his services more fairly, this figure should be raised to a maximum of 1,200 fr.

"Perigord, which is so rich in large families, hardly has any older that that of Saint-Exupéry. We already find its trace in original titles from the 11th century. However, is was only around year 1400 that its filiation is established in a continuous and regular way in the genealogical tables...

Read more on Gallica (in French)